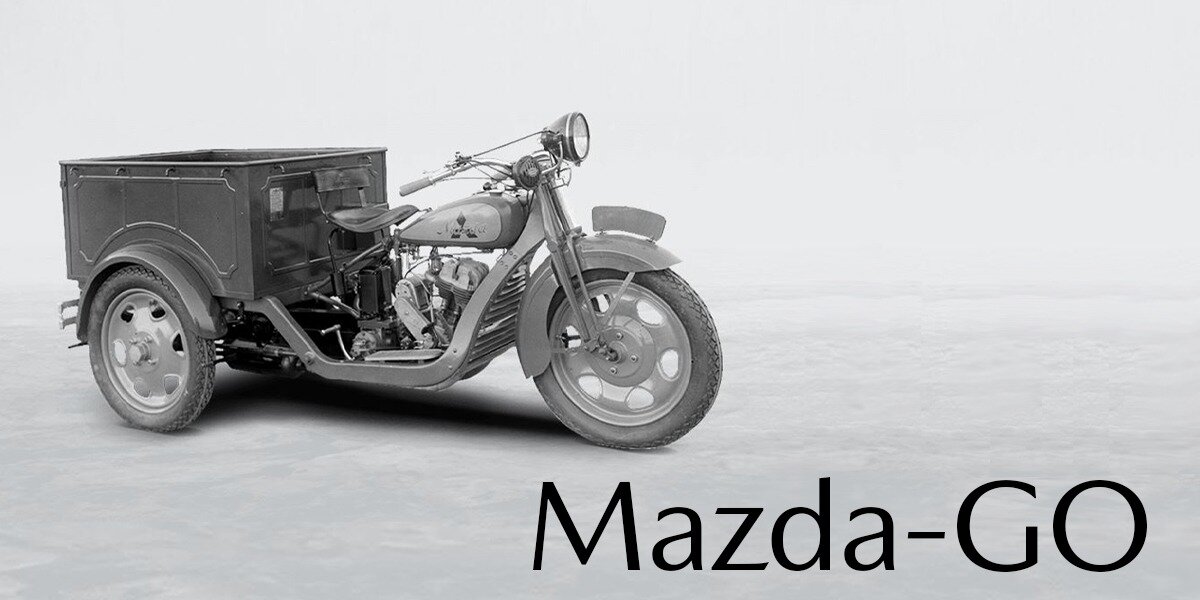 The start of Mazda as we know it

In 1931, Mazda launched the Mazda-Go type DA, a tricycle truck that would change the direction and philosophy of the company forever. The company was founded on the 30th of January 1920 as a cork manufacturer under the name Toyo Cork Koygo in Hiroshima. Later to be renamed as Toyo Kogyo Co., Ltd in 1927 as the company was also manufacturing machine tools. It wasn’t until 1929 that the company’s ambitions to produce a vehicle started, a prototype was completed in 1930. In 1931 the “Mazda-Go” was launched with the aim of providing a tricycle truck with class leading performance and maximum loading capacity.

What’s in a name?

The name “Mazda” came into existence with the production of the company’s first vehicle. Other names were considered for the model like Sumera-Go, Tenshi-Go, and more. In the end, these names were swept aside in favour of honouring the family name of the then company president, Jujiro Matsuda. The name was also associated with Ahura Mazda (God of light, harmony, intelligence, and wisdom from the earliest civilizations in West Asia).

The Mazda-Go Type DA was sold by the Mitsubishi Zaibatsu network in Japan. Mitsubishi retained the distribution rights in Japan until August 1936, and export sales until December 1937. Whilst the 3 diamonds are instantly recognisable today for Mitsubishi, this logo with the “Mazda” lettering written in artistic tilted letters in front of the three rhombs in a dark blue was the company logo from 1931 through to 1934. The logo is visible on the fuel tank of the Mazda-Go Type DA.

In 1936 a cross country promotional tour was launched to demonstrate Mazda’s durability. Five Mazda-Go models (type KC and DC) started in Kagoshima in southern Japan, and headed on an over 2700km tour that would see them tackle dusty, muddy, and backbone rattling trails to arrive in Tokyo 25 days later. This publicity significantly boosted sales and raised the profile of the company.

The pride of Hiroshima

The Mazda-Go tricycle truck helped transform local communities with its ability to move a considerable load of goods quickly. Local produce markets were a hive of activity with these tricycle trucks coming and going throughout the day, connecting rural farmers with more densely populated areas of the country. Post war Hiroshima, the Mazda Go was pivotal in the post war recovery and rebuilding effort, and would become the pride of Hiroshima. The location of the factory meant that a mountain range protected it from the atomic blast, production would quickly start again and the tricycle trucks were utilised for transporting everything like food & water, medical supplies, building materials, and temporary shelter supplies.

The Mazda-Go Type DA quickly gained a favourable reputation thanks to its amazing reliability, being easy to work on thanks to its layout, and its affordability. The Mazda-Go even won a few national races and played a large role in the entire segments boom in Japan, as businesses were looking for cargo carriers that were domestically built, affordable, and reliable.

From the original Type DA, many successful models were launched like the more powerful Type DB (and later the Type LB with a 500kg payload!), Type DC, the popular Type GA and many more. The Mazda Go series would later be replaced by the Mazda’s entire 3 wheeled truck range, including the K360 and the T1100.

Considering Mazda’s first passenger vehicle wasn’t launched until 1960, the Mazda-Go Type DA tricycle truck is more important than most would think. The concept of a vehicle was pitched in 1929 to Jujiro Matsuda, then president of Toyo Kogyo Co., Ltd (a cork and machine tool manufacturer at the time). If the project was never approved, it would be safe to say Mazda as we know it today would not exist. The Mazda-Go Type DA started the passion for innovation and design that would eventually lead to the launch of the R360, Mazda’s first passenger vehicle in 1960. From the R360, the company grew in its ambitions but always stayed true to its core philosophies of innovation and design to become the Mazda we know and love today.